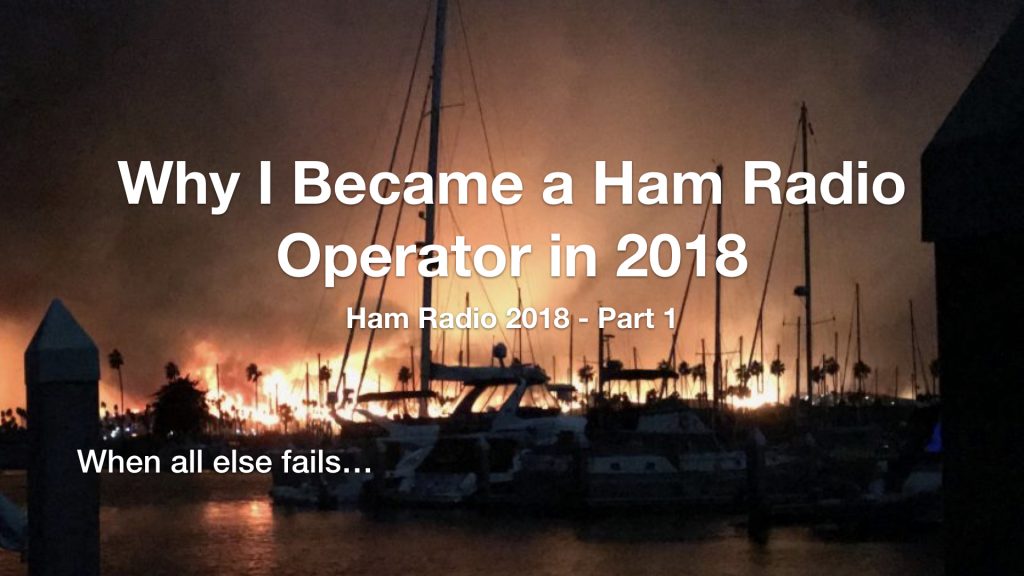 Why I Decided to Become a Ham Radio Operator

On December 4th, 2017, I was in Los Angeles when I happened to see a tweet that a fire had just started in Ventura County.  I tapped on the Police Radio App on my phone and called up the Ventura County Fire Dispatch channel to try and hear what was going on.  At the time, the Thomas fire was only about 10 acres but it was rapidly growing and moving very fast.

Teams of first responders were being directed to move to this canyon, and that location, but responses from the field kept coming back the same, “that location is already fully engaged sir”, then the call was made to move to the next canyon to try and get ahead of the flames.

I’ve been a resident of Ventura County for a little over 10 years, and while I know the names of the towns, I didn’t have the specific local knowledge to know exactly where each of these locations were relative to each other.  So I launched a map on my laptop and started searching for each canyon as they were being called out over the radio. I began to note the times each canyon was engulfed by the fire and it quickly became apparent that this thing was not slowing down, it was picking up speed. 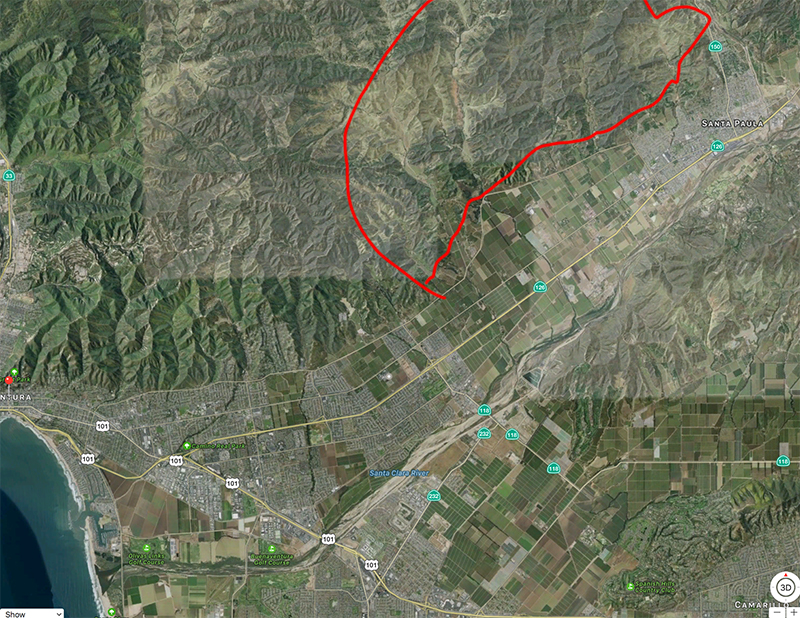 Hand drawn sketch of the approximate location of the Thomas Fire as of 9:30pm on Dec 4, 2017. Fire line was based on locations heard over the Ventura Fire Dispatch Scanner as called out by the Incident Commander.

The Thomas Fire was moving very fast. Looking at the map and listing to the Incident Commander it became clear very quickly that Ventura was going to be in trouble. Then a call came over the radio that resources were being diverted to downtown and they were going to make a stand along the Avenue and evacuations should begin immediately as the winds were still continuing to build.

I began calling and texting everyone I knew and quickly discovered that power had been out in Ventura for several hours and many of my friends had no idea that a fire had even started and was headed right for them. Within the next couple of hours, several of my friends had lost their homes and others managed to make it out of their houses just as the flames were beginning to blow down their street.

That first night of the Thomas Fire was a real eye opener into the true state of modern communications. Twitter was like an initial alert system, that was fast enough to let you know that something was going on, but every other bit of information on the web was simply not updating, not accurate, and worst of all, not being pervasively shared enough to be of any use whatsoever. Once awareness of the Thomas Fire began to grow, twitter also became a sea of conflicting reports, dramatic images, and spam by those interested riding the wave of rising trending hashtag.

The local news media was still just starting to respond but accurate information was painfully slow to get out and find amongst all of the noise.  To make matters worse, with the power out in Ventura, cell towers quickly became overloaded as everyone seemed to have taken to their phones to seek out information.

What was useful was listening first hand to the Incident Commander calling out the rapid deployment of first responders and their first hand reports from the field. I became glued to the scanner app and compared what I was hearing with the tweets and other social media channels I was monitoring as well as responding to direct texts and phone calls from close friends directly in the path of the fire. 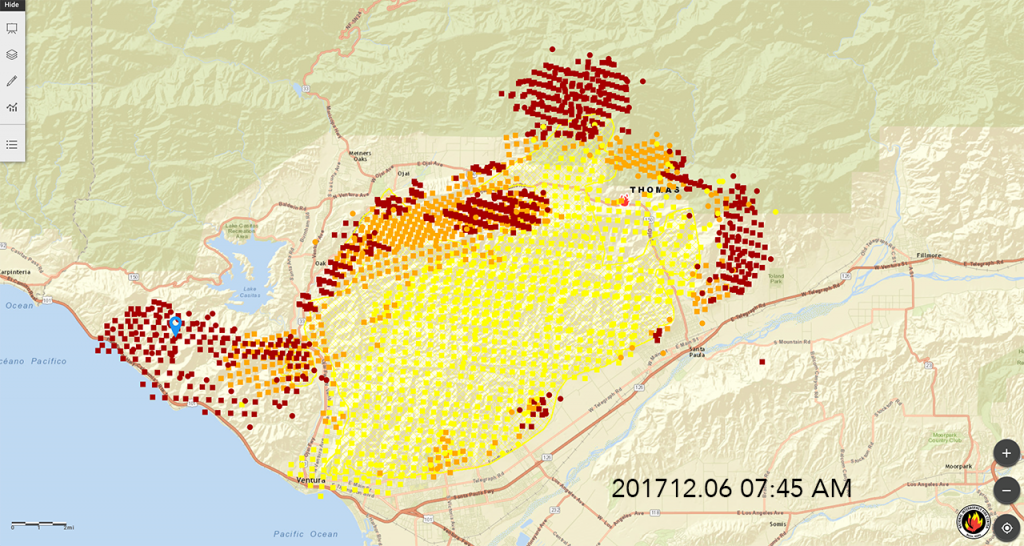 Over the course of the next day I began to notice a few things. First, while the Scanner app was providing me with first hand, immediate information, that was only working because I was not physically located in the fire zone so my power and internet service was working well enough to support the live stream.

Second, there were two individuals that were tweeting about what was happening a few seconds ahead of what I was hearing on the scanner live stream, @AI6YRham and @VCscanner, both of whom are Ham Radio operators and they were able to listen live to the radio itself. It was these two realizations that pushed me to immediately look into what it would take for me to obtain my own Amateur Radio (Ham) License so I would have the option of getting the first hand information immediately and unfiltered by the media or others as well as directly communicate with others as all of the normal lines of communication were failing.